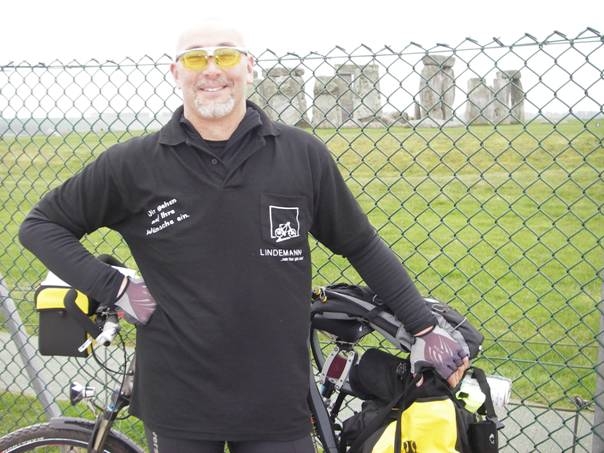 This year, again, I want to cycle in a circuit. For the British Islands are still a white spot on my personal map, I take the route via Holland, Belgium and France to Calais. I took   the ferry to Folkestone and went on visiting Kent, Cornwall and Wales. Another Ferry took me to Cork in Ireland from Swansea. I went to Dingle Bay at the coast of the Atlantic Ocean and then crossed the green Island, passing Old towers, castles and neolithical burying places up to Belfast. Again, I took a boat, with huge turbo catamaran we roared to Scotland.

There, I had heavy wind and rain the first day, but lovely warm sunshine the second. I cycled the whole Hadrias Wall in one day and reached the port of Newcastle upon Tyne in a furious sprint on the city highway.

They wouldn ´t take me.

Two days later, I disembarked in Amsterdam. The weather was so fine, that, close to the evening, I decided to drive home in one go. The final ends up in Osnabruck after328 kms because of a fatal damage of the back wheel.

It was new, that I had a custommade roadster, made just for me by my paternal friend Franz.

My friends said: “sure, they too have beer there”