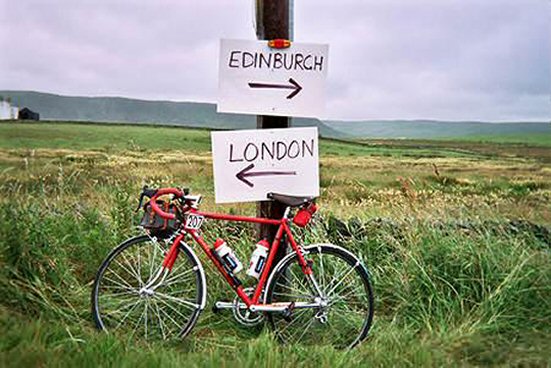 I have lost the year…

The plan was to take part in London – Edinburgh – London.

Unfortunately my season 2008 ended with a deep impact:

Anyway, my decision to sidestep the running child was allright.

Added to bad pain, learning to walk – you never believe what a complicated process walking is in fact, until you just can ´t –       There happend to be a severe malfunction of bonehealing.

At least, the insurance and the doctors thought, it could be helpful if I just get out of here for a little while. I got permission to take plane to Mallorca for two weeks. There I hired a racingbike and rode around a little. Meanwhile I missed LEL and, after painful thinking, it was just reasonable to cancel Africa.

If anybody had told me, I would celebrate my 10th year without a car cycling Mallorca, he would have got a punch.

But it was nice, actually, because August is too hot for most people